A Note from our CEO

“One ever feels his twoness - an American, a Negro; two souls, two thoughts, two unreconciled strivings; two warring ideals in one dark body, whose dogged strength alone keeps it from being torn asunder.” 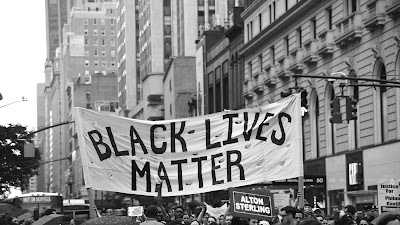 The Souls of Black Folks-- W.E.B DuBois, American scholar, author, civil rights activist (1868-1963) I have a copy of W.E.B. DuBois’ The Souls of Black Folks, printed from the original plates that were found in an attic at Fisk University when I was in high school. And for a time, I lived in James Weldon Johnson’s house. Johnson is the author and composer of Lift Every Voice and Sing, the “Negro National Anthem.” I would have imagined that DuBois, Johnson, Toni Morrison and others would be the voices I sought at this time. And yet, to my surprise, the voice I have been hearing on loop in my brain the last few days is ---Bruce Springsteen. My first introduction to Springsteen was when I fell in love with a song that played on the radio night after night during a lonely summer I spent in Chicago in 1984 as an intern at Jet Magazine. I didn’t know who was singing that song that comforted me that summer. But later, I was introduced to the music and poetry of Bruce Springsteen by my husband, who attended a concert at Union College by a “scrawny kid” in the 70’s and thought, “he is going to be somebody.” Joe took me to my first Springsteen concert when I was 9 months pregnant. As we climbed to the nosebleed section of Giants stadium, everyone we passed gave me a look that said—“please don’t go into labor and disrupt this night” (I didn’t go into labor and loved the night). However, Springsteen entered my bloodstream, when he released The Rising in 2002. He channeled what it felt like to be in NYC on 9/11. I hear his gravelly baritone remind me:

The church door’s thrown open There is a blood red circle On the cold dark ground And the rain is falling down I can hear the organ’s song But the congregation’s gone My city of ruins My city of ruins
And he channels the hopefulness that I continue to have in this messy experiment we call the United States of America and democracy. And so at the times when I feel so sad and demoralized, fearing that I live in a country of ruins, I hear the orchestra and gospel choir swell behind him, as he implores us to:

Last July, at a gathering for corporations organized by the NJ Governor’s Office on Volunteerism, I gave an address entitled The Future of Volunteerism. In it I called for corporations to stop investing in Diversity & Inclusion training (full disclosure, I was a D&I consultant early in my career), at an estimated annual expense of $8 billion. These trainings, often one day or one week experiences, do not work and sometimes make things worse. Instead, I called for corporations to support high engagement volunteerism for their employees to engage with people different from themselves and to learn about issues and challenges in those whose lives they cannot even imagine. And I called for corporations to invest that $8 billion in local nonprofit organizations that do the hard work for so many in their communities.
Here is how people who have had high engagement volunteer experiences talk: “My ‘aha’ moment was seeing the desperation of certain people in our community. I am always brought back to a girl at Hackensack High School, who was a really good student, but was undocumented. The struggles of a good kid trying to go to college and make a better life for herself—that really stayed with me. These were things I don’t see when I go to work in my law firm every day.”
We are here, just halfway through 2020, and I fear we do not have enough vision, not enough 2020 hindsight and too little 2020 foresight. We MUST see, hear, listen, speak, and engage. The new skill we all need to develop in the midst of our quarantine is not bread-making, tai-chi, or knitting—but the skill of empathy for those whose lives are so different from our own.
A senior executive at a major medical firm described his “aha” moment which occurred during a board meeting for a free health center. “The staff was describing the challenges they had in reaching patients for follow-up appointments. I said, ‘why not just text them?’ only to have the staff describe to me how often low-income people change their phone numbers because of credit problems. I took this realization back to my company, where I was on a cross-functional team that had never considered this challenge. We were about to design a system that would have failed our low-income customers.” I watch this happen every day with Bergen Volunteers’ volunteers and Bergen LEADers, and I am grateful to be on this journey with them. But more than empathy is needed now. We have to find the courage to ask if there are structural and systemic issues that keep things as they are. In the horrific and tragic death of George Floyd, there are deep structural and systemic questions that we must ask:

And in case the thought that popped into your head is “well that is Minneapolis. . .” go to the NJ Force Report https://force.nj.com/ and look up your municipality. Police are not the sole problem, nor the sole responsibility of the ills and challenges in our community. I am honored to know and admire many in law enforcement. No, in many ways the police are the visible, front line of deeper policies in our communities that perpetuate inequality. How do we really feel and act around issues of affordable housing and living wages, mental health challenges and addiction? James Baldwin, the American novelist and essayist (1924 - 1987) was so eloquent about race a generation after DuBois and is still relevant a generation after his greatest work. He reminded us that:

Let us put on our masks for health, while we take off the masks that hide us from each other. Find a local organization in your community and get engaged, yes through money, but also through your time and your willingness to really learn about the lives of others. And then dig deeper.
Stay safe, be well, ask, listen, love, and act. Come on up and lay your hands in mine.


In the information age, ignorance is a choice --Sign at a Black Lives Matter rally that was 95% White